"I would be out celebrating if it weren't for the pandemic." 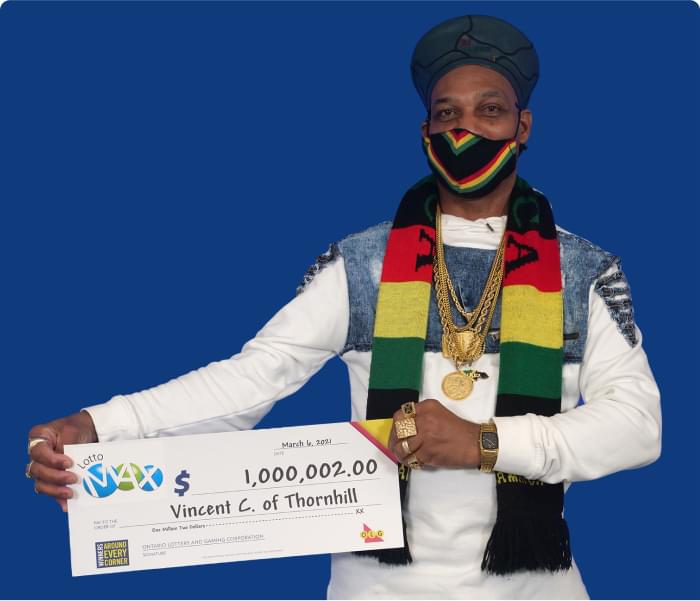 Toronto, ON – The LOTTO MAX odds have shone in favour of Vincent Charlemagne of Thornhill for a second time! Vincent had the winning ticket for a MAXMILLIONS prize worth $1 million from the February 26, 2021 LOTTO MAX draw. Vincent also won $2 on his ENCORE selection bringing his total winnings to $1,000,002.

This wasn’t the 58-year-old retiree’s first trip to the OLG Prize Centre to pick up a big cheque. He was the winner of a $30 million LOTTO MAX jackpot on August 2, 2013!

Vincent, who says he’ll play the lottery “forever,” was at the store to check his tickets when he discovered this latest big win. “Because I’ve won before, it was not as shocking as the first time – but I am still happy!"

When the father of three told his wife, her reaction was what you might expect. "She questioned me saying, ‘Again?!’”

The former self-employed contractor plans to invest his winnings just like he did with his 2013 jackpot win.

“I would be out celebrating if it weren't for the pandemic. I will do something with my family," said the winner.

The winning ticket was purchased at Hasty Market on Hurontario Street in Mississauga.

I would be out celebrating if it weren't for the pandemic.