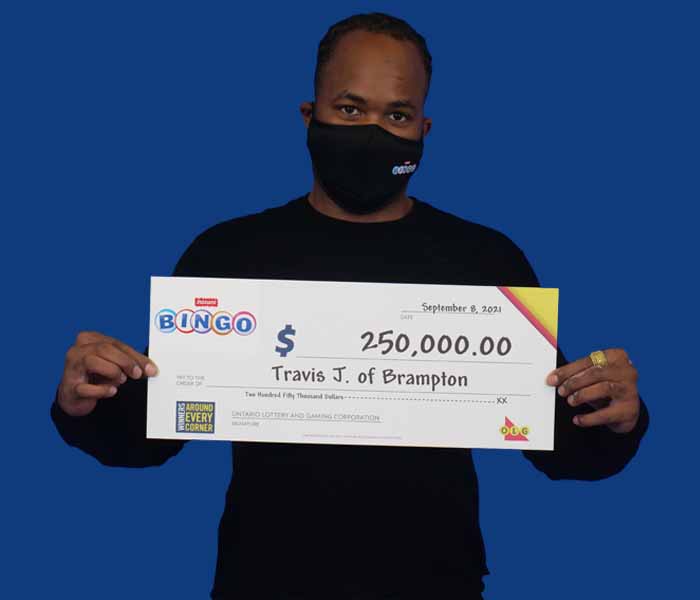 Travis, a 34-year-old electrician and father of one, said he enjoys playing INSTANT tickets. While at the OLG Prize Centre in Toronto to pick up his winnings he shared with us the moment he discovered he won and how that frightened his child, “I was at home when I played the ticket and started screaming when I saw I won. My son was startled and was asking if had won because I was making so much noise!”

While he told a friend about his win, he held off telling the exciting news to his girlfriend. “I wanted to surprise her with the news on her birthday.”  He recently surprised her with the new and a very nice birthday gift.

Travis plans to start his own business using some of the windfall, invest some of the money and hopefully pay off his mother’s mortgage.

The winning ticket was purchased at Rexall on Hurontario Street in Brampton.