"I had to double check because I was in disbelief!" 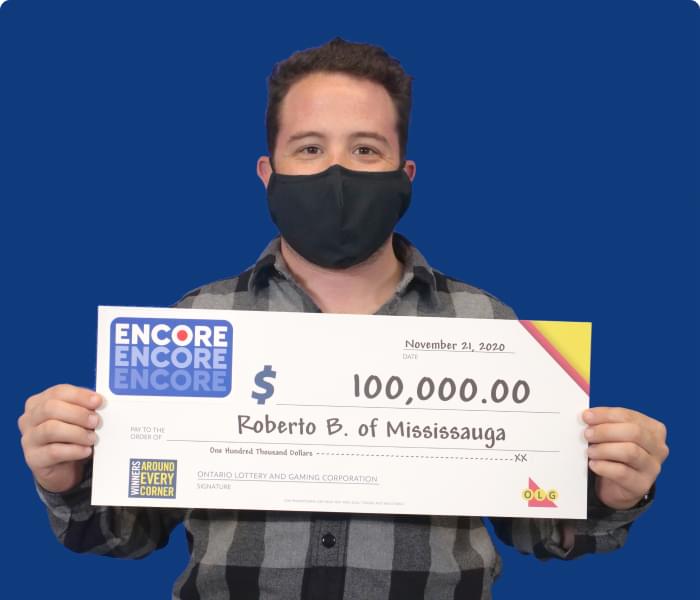 TORONTO, ON – Saying “yes” to ENCORE paid off for Roberto Bastone of Mississauga. Roberto matched the last six of seven ENCORE numbers in exact order in the November 5, 2020 DAILY GRAND draw to win $100,000!

"I've been playing the lottery since I was of age to" shared Roberto, while at the OLG Prize Centre in Toronto to pick up his cheque. "This is my first major win!"

Roberto's ENCORE ticket was gifted to him from his mother. The 30-year-old discovered his big win while using the OLG Lottery App. "I had to double check because I was in disbelief!"

Roberto, a policy officer, told his parents about his big win immediately. "They couldn't believe it either!"

"This provides me with some financial security," he said. "I may take a trip after the pandemic, but for now I will save the money," he concluded.

The winning ticket was purchased at Shoppers Drug Mart on North Park Drive in Brampton.

I had to double check because I was in disbelief!