"I couldn't believe it. It took a long time to sink in!" 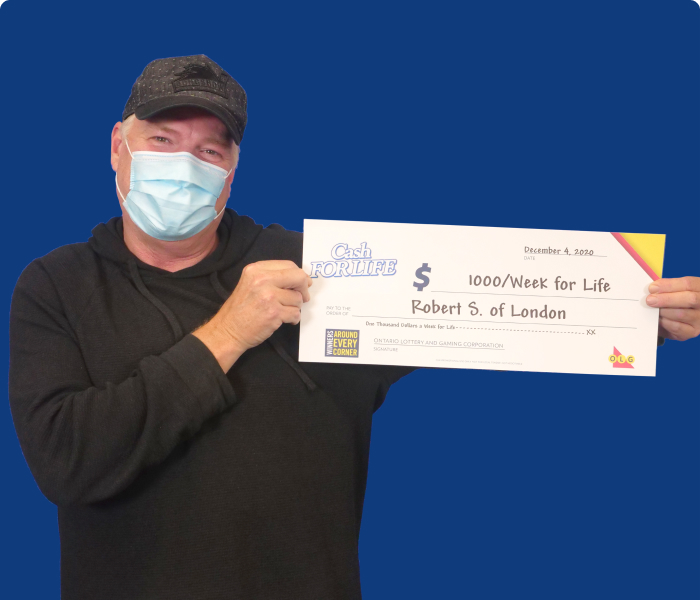 LONDON TRUCK DRIVER WINS $1,000 A WEEK FOR LIFE WITH INSTANT CASH FOR LIFE

"I was going to save my change for laundry, but I saw the CASH FOR LIFE ticket and decided to make the purchase," shared Robert, while at the OLG Prize Centre in Toronto to pick up his win.

Robert, a truck driver, started shaking when he realized he won big. "I couldn't believe it. It took a long time to sink in!"

The 56-year-old called his sister to share the news. "She didn't believe me until I showed her the ticket," he smiled. "It feels pretty good!"

Robert doesn't have any plans for his windfall yet. "I'll keep working for a while and take time to figure out my next steps," he concluded.

The winning ticket was purchased at Happy Days Variety on Springbank Drive in London.

I couldn't believe it. It took a long time to sink in!