"It was so wonderful and unexpected." 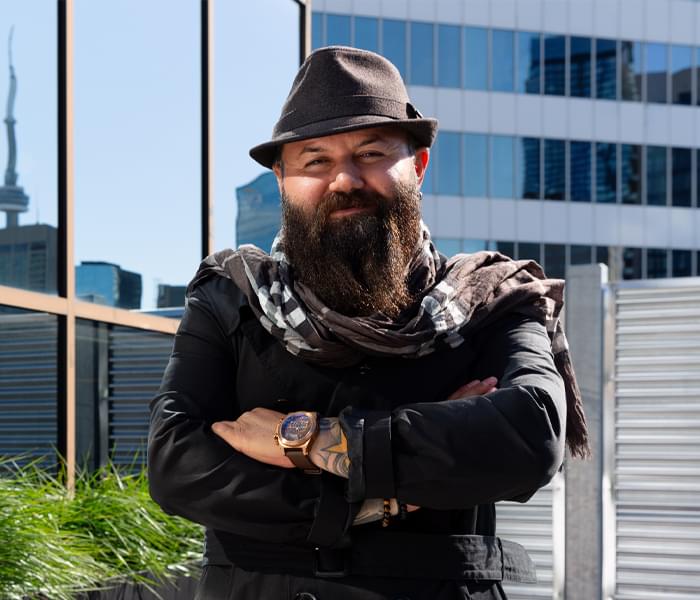 “IT WAS SO WONDERFUL AND UNEXPECTED.” – BRADFORD TOW TRUCK DRIVER AFTER SECOND ENCORE WIN

Ninos, a 39-year-old tow truck driver from Bradford, attended the OLG Prize Center in June with a winning lottery ticket! He matched the last six of seven ENCORE numbers on his LOTTARIO ticket to win $100,000! He also won $4 in the LOTTARIO draw bringing his total winnings to $100,004.

Ninos discovered his ticket was a winner when he used the ticket checker in store. At first glance, he thought he had won $100 and moved on to the other tickets he had to check. Ninos went back to the first ticket to check it again, when he realized he had won $100,000! “I was numb,” Ninos said. “I can’t even tell you my reaction,” he laughed. “I don’t know what was going on at that moment.”

A bewildered Ninos grabbed his phone and decided to call his sister over FaceTime. “I asked her where mom was, and she told me she was sleeping. I said to my sister ‘when she wakes up, tell her I won $100,000!’. In the background of our FaceTime call I saw my mom’s eyes pop open!” Ninos said with a big laugh.

Ninos went on to explain that this win is a blessing for him and his family. “My business has been drastically impacted by COVID. My sister and I take care of our mother who is ill. This win is the most incredible blessing. It allows us to enjoy the time we have together without worrying so much about finances.”

Ninos said his plans were to share his winnings with his family, “Particularly my sister,” Ninos said. “She works so hard taking care of our mom.”

Three months after his first win, Ninos was back at the Prize Centre. Ninos once again matched the last six of seven ENCORE numbers, this time from the DAILY GRAND draw, for another $100,000 win. He had gone to the store one Sunday in September and used the Ticket checker. “I saw ‘Big winner $100,000’ appear on the screen and I started to laugh,” Ninos said. “I laughed for about 15 or 20 minutes, it was so wonderful and unexpected.”

“I called my mom right away,” Ninos continued. “I was still laughing, and she thought I was drunk or something, she asked what was wrong with me. When I told her, she said ‘stop it, are you sure you’re checking your ticket properly?’ She thought I was joking with her.”

“Then I called my sister,” Ninos said. “She was the first person I called the last time I won. She didn’t believe me. I had to show her the receipts,” Ninos laughed. “When she saw the validation slip herself, she started to cry.”

Ninos went on to say that when he started to tell his friends about his second win, they decided to start calling him ‘Mr. Encore’.

What does a second win mean for Ninos? “This win is going to fund my business and will make me an entrepreneur again. I will help my family a little more too.”

Two lottery wins in and Ninos hadn’t really thought of himself, putting his family needs over his own. After some thought, Ninos finally revealed, “I’m looking for a Harley Davidson motorcycle,” he said with a smile.

It was so wonderful and unexpected.