"I still don’t believe it!" 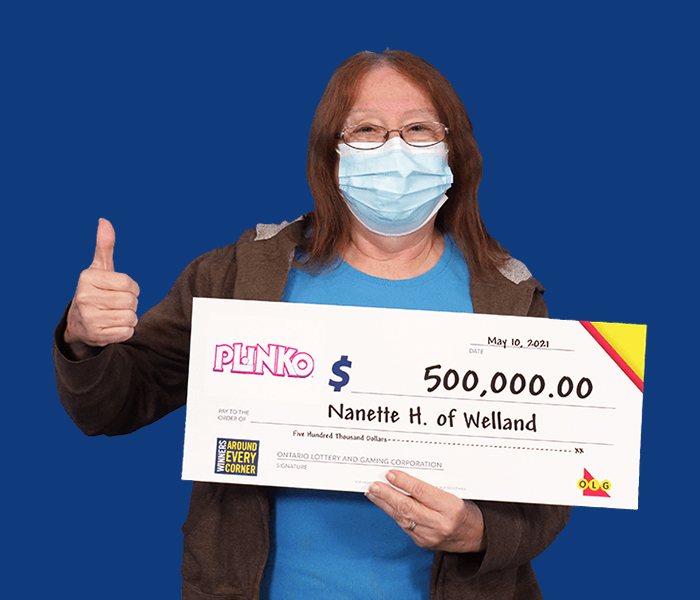 Toronto, ON – Nanette Horvath of Welland, come on down! Nanette lived out a ‘Price is Right’ dream at the OLG Prize Centre in Toronto, dropping a chip on a real PLINKO Board to win $500,000 with the new $5 INSTANT PLINKO (Game #2215)!

Nanette says she started playing INSTANT PLINKO when it first came out. "I am a regular lottery player of INSTANT games," she shared. "I checked my ticket while out getting groceries with my husband and the cashier told me I won big! I couldn't believe it!"

Even after she took part in the PLINKO chip drop and won the $500,000 top prize, she still had a difficult time realizing that her life is about to change, “I still don’t believe it!”

The 68-year old retail worker and mother of two plans to share her winnings with her children and save for a future vacation.

The winning ticket was purchased at Jerry's Place on Southworth Street in Welland.

I still don’t believe it!