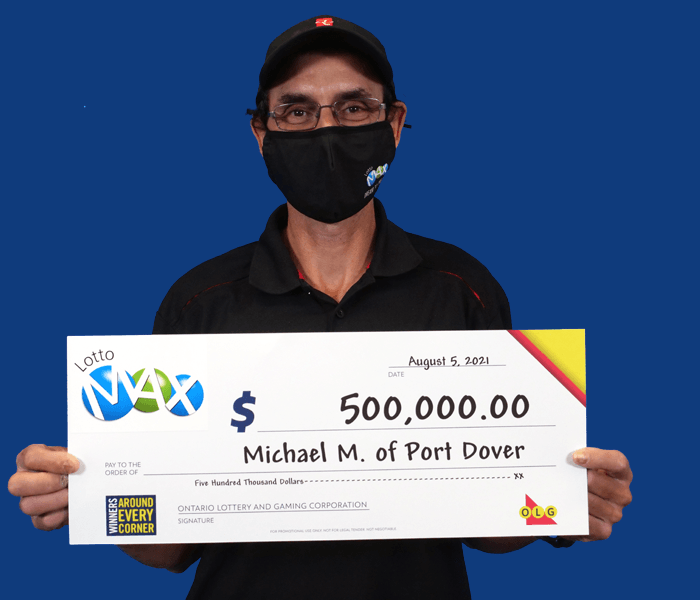 Toronto, ON – Michael Maxwell of Port Dover can realize his dreams after winning $500,000 in the June 18, 2021 LOTTO MAX draw. Michael shared a $1 million MAXMILLIONS prize with another ticket.

Michael, 52, said he’s been playing the lottery for as long as he’s been able to. “My favourite games are LOTTO 6/49, LOTTO MAX and LOTTARIO,” he shared, while at the OLG Prize Centre in Toronto to pick up his winnings. “I normally choose my own significant numbers, but this ticket was a Quick Pick!”

Michael said he scanned his ticket at the store and when he heard the bells and whistles, he froze. “I was shaking and vibrating. I had to walk around and come back to the store again to make sure it was real.”

He said he had a dream that he won the lottery six weeks earlier. “I thought, holy geeze, my dream came true!”

Michael plans to pay some bills, purchase a new vehicle and invest the rest.

The winning ticket was purchased at Maruti Shop Port Dover on Main Street in Port Dover.