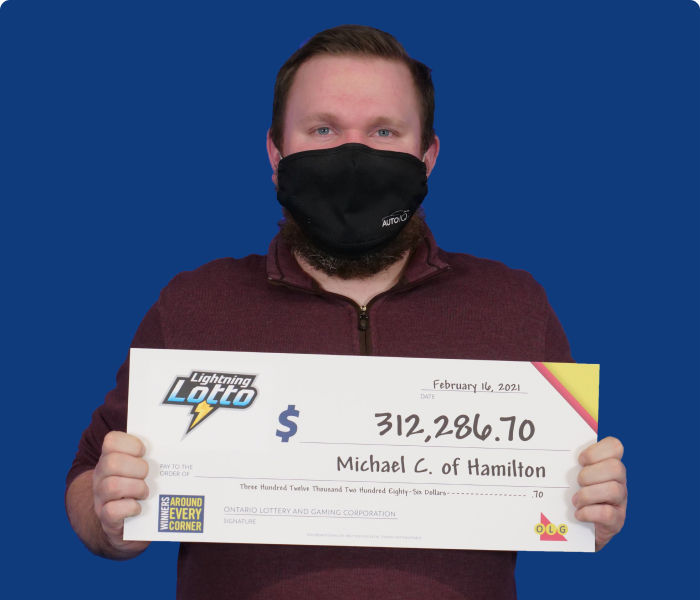 Michael, 34, says he plays the lottery once in a blue moon. "This is my first big win," he shared while at the OLG Prize Centre in Toronto to pick up his cheque.

"I was driving home and craved a Pepsi, so I stopped to get one and thought 'Why not throw $10 on a lottery play?' I didn't believe it when I won!"

The finance manager told his fiancé about his big win right away. "She's was excited!" he smiled.

Michael plans to purchase his dream bike and invest in the future with his windfall.

The winning ticket was purchased at Big Bee Convenience on Lawrence Road in Hamilton.

I didn't believe it when I won!