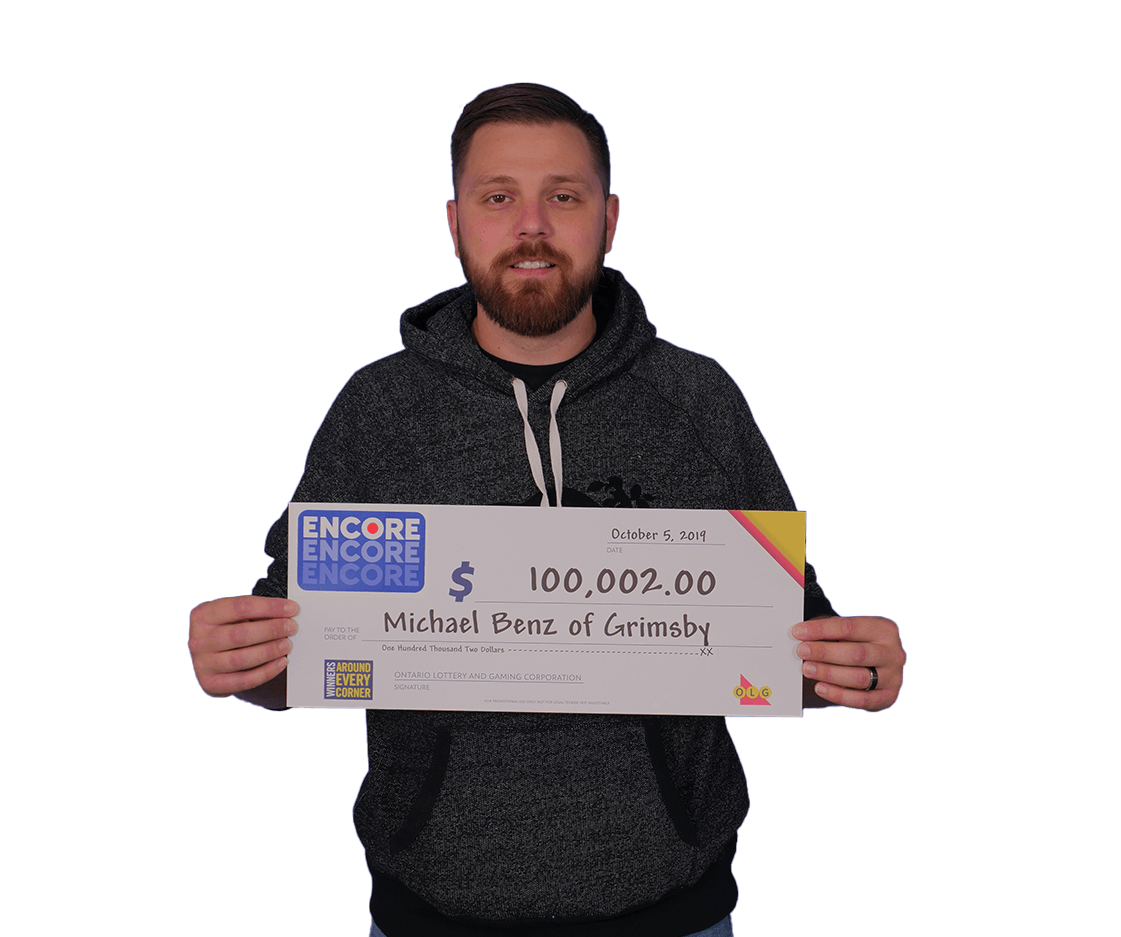 TORONTO, ON – Michael of Grimsby is glad he said “Yes!” to ENCORE. Michael matched the last six of seven ENCORE numbers in the June 28, 2019 LOTTO MAX draw to win $100,000. He also matched the last number on another ENCORE selection on the same ticket bringing his total to $100,002.

“It was unexpected,” said Michael as he picked up his winnings at the OLG Prize Centre in Toronto. “I scanned the ticket myself at the store and saw that I’d won.”

The 33-year-old electrician, husband and father of one plans to pay off some debt.

The winning ticket was purchased at Shoppers Drug Mart on Main Street in Grimsby.