"I never thought it would be me winning the lottery." 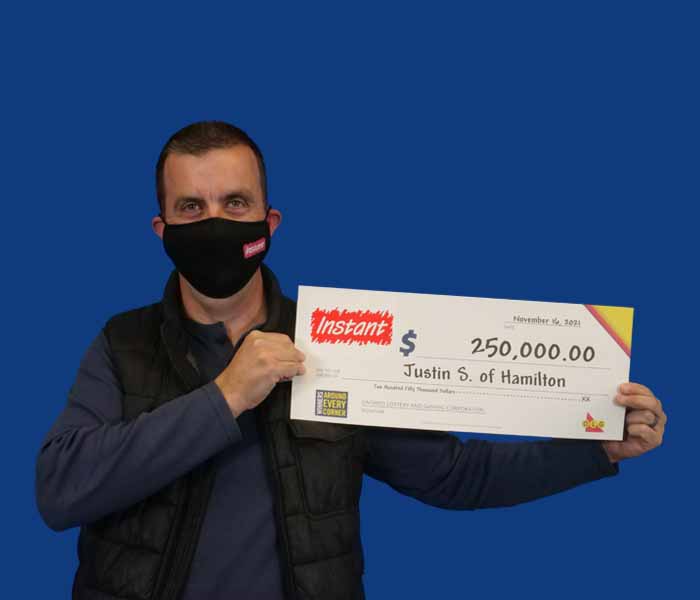 Justin, a small business owner, says he loves to play PROLINE and occasional plays INSTANT games. "I saw something different at the store and decided to give it a try," he shared while at the OLG Prize Centre in Toronto to pick up his winnings.

The married 41-year-old was finishing his coffee on the morning of Halloween when he decided to play his ticket. "I noticed the win when I matched the number 35 and revealed the prize amount. I was shocked!"

Justin checked the ticket using the OLG App with his wife. "We were hooting and hollering enough to attract the attention of our daughter who came to see what was going on. It was pretty crazy!"

"I never thought it would be me winning the lottery," Justin smiled. "Each step has felt more real. First thing I want to do is give my wife her dream master bathroom. Then we will make some more decisions."

The winning ticket was purchased at Rockland Variety on Rymal Road in Hamilton.

I never thought it would be me winning the lottery.