"I thought it was a mistake, so I had my husband scan it as well. " 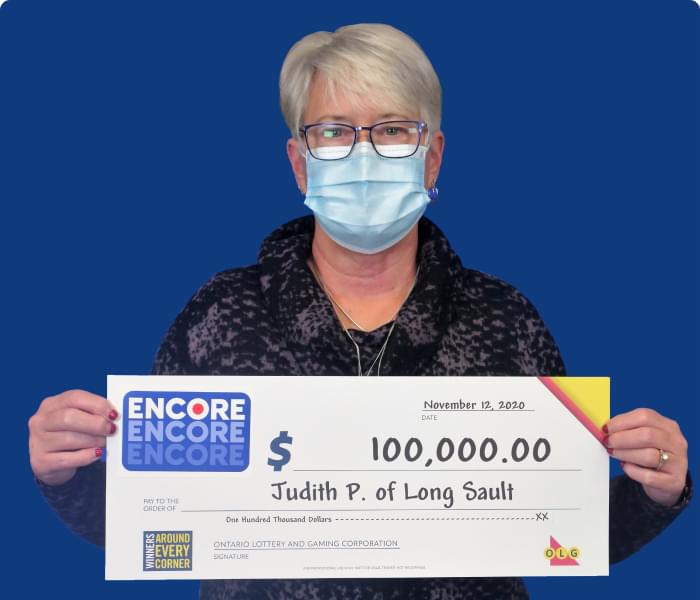 Judy, a 66-year-old, grandmother said she’s been a regular lottery player for years. “I’ve only recently started adding ENCORE,” she admitted, while at the OLG Prize Centre in Toronto to pick up her winnings.

Judy was at home when she scanned her ticket using the OLG Lottery App. “I thought it was a mistake, so I had my husband scan it as well. We both thought there was some kind of error.”

Carrying on with preparing dinner, Judy said, “Presumably, I just won all this money and here we are eating a hamburger with green peppers,” she laughed. “The next night we had a nice steak dinner.”

Judy said she will use her winnings to enjoy retirement.

The winning ticket was purchased at Foodland on Main Street in Winchester.

I thought it was a mistake, so I had my husband scan it as well.