"I plan to share this win with our children." 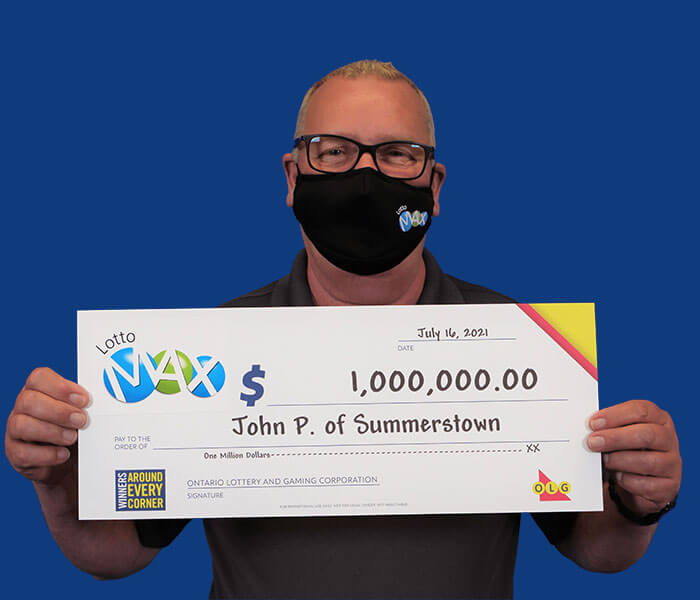 Toronto, ON – The LOTTO MAX odds have shone in favour of John “Alan” Perkins of Summerstown! Alan had the winning ticket for a MAXMILLIONS prize worth $1 million from the June 18, 2021 LOTTO MAX draw.

Alan, a 66-year-old father and grandfather, said he was out running errands with his wife when he discovered his big win. “My wife was at Walmart when I went for my second vaccine and I decided to check my ticket while on the way to pick her up. I used the Ticket Checker and when I saw all the zeroes, I couldn’t believe my eyes!” shared Alan, while at the OLG Prize Centre in Toronto to pick up his winnings.

When Alan found his wife in the store, his eyes were filled with tears and she immediately thought something was wrong. “She thought I had bad news about our daughter who was due to have her baby any moment. When I told her we won the lottery she didn’t believe it and started crying tears of joy.”

Alan said he had just purchased a new car, and the day he discovered his win he went back to the dealership to make an upgrade!

“I plan to share this win with our children. It was also nice to make the trip to Toronto to get my prize with my wife. She was treated to a day at the salon while I came here to collect my cheque,” he smiled.

The winning ticket was purchased at Circle K on County Road 2 in South Lancaster.

I plan to share this win with our children.