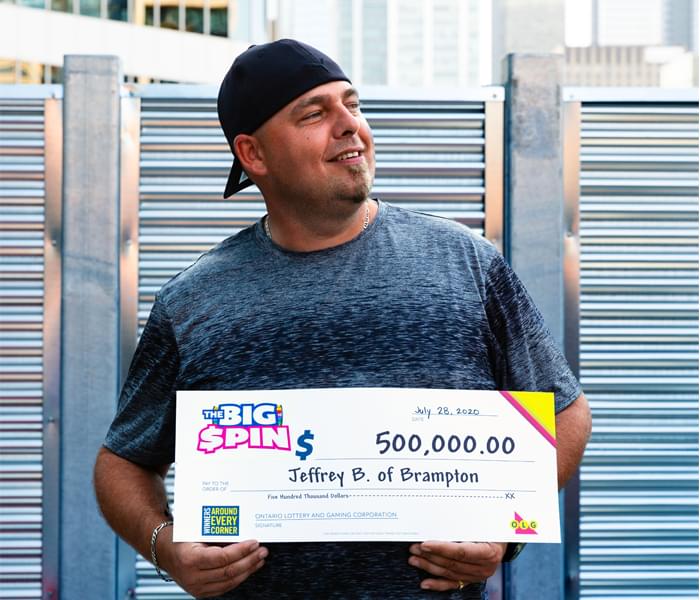 Toronto, ON – Jeffrey of Brampton took a spin on THE BIG SPIN Wheel at the OLG Prize Centre in Toronto to win $500,000! Jeffrey won a top prize with OLG’s THE BIG SPIN INSTANT game (Game #3103).

Jeffrey, a 43-year old father of four, uncovered his chance to spin the wheel while waiting for his father, whom he had taken to get a haircut. “I took the ticket to a retailer, and watched the wheel land on Big Spin,” he shared, while at the OLG Prize Centre in Toronto to pick up his cheque. “I was flabbergasted! I ran to the barbershop to tell my Dad. My Dad asked how much I won, and I said that I didn’t know yet!” he recalled.

Jeffrey plans on purchasing a new vehicle. He will also invest some of his winnings and enjoy the peace of mind of having a little nest egg.

A number of years ago, Jeffrey survived a car accident that altered his life. “This win is a life-changer. Words can’t explain how I feel after 10 years of struggle. This win is an amazing bright spot in my life right now. I’m so thankful and overwhelmed,” he concluded.

The winning ticket was purchased at Mom’s Convenience on Avondale Boulevard in Brampton.