"I was so shocked. I felt immediate gratitude!" 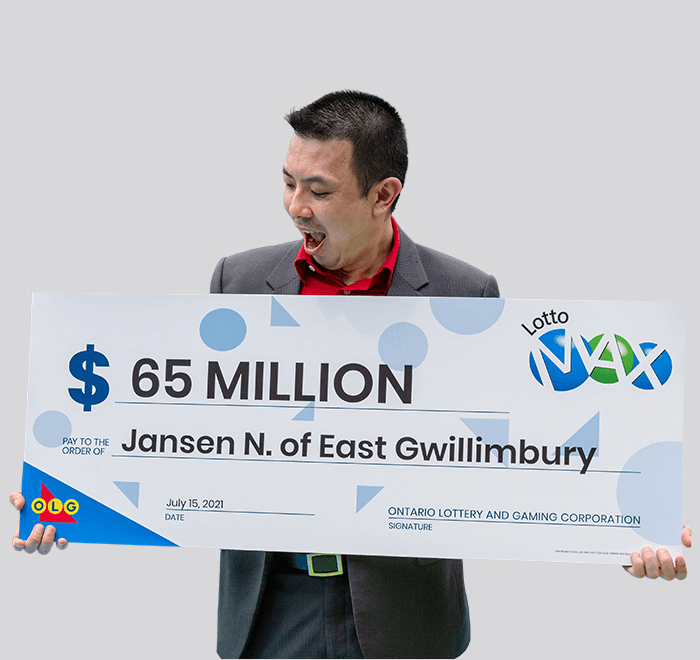 It was a Tuesday evening (July 6) when Jansen from East Gwillimbury was out playing Pokemon Go when he passed a gas station advertising the $65 million LOTTO MAX jackpot. With only a minute and 30 seconds to spare before ticket sales closed, Jansen popped into the store and asked the clerk for a LOTTO MAX Quick Pick with ENCORE.

Jansen never expected to win, “When I play, it’s with the expectation that my ticket money is a donation to Ontario,” he said when he was at OLG’s Prize Centre in Toronto to collect his winnings.

The day after the draw, Jansen heard on the local news that the winning ticket was sold in York Region. While he was out and about, he stopped at a store to use the ticket checker to see if he won. “The ticket checker said please see retailer,” Jansen said. “I took the ticket to the clerk; they couldn’t check the ticket because their lottery terminal was down. I joked with them and said maybe I won the big prize.”

Later that night Jansen used the OLG Lottery App on an iPad to check his ticket. “I saw the big winner screen and second guessed myself,” recalled Jansen. “I thought something was wrong. I went online to check the winning numbers myself,” he continued. “I was so shocked. I felt immediate gratitude. It felt like a huge blessing and I felt the responsibility of this win immediately.”

The first person Jansen told was his Pastor. “I wanted sound and moral advice on how best to accept this blessing in my life,” Jansen revealed. “I felt like I needed that voice of reason and my Pastor was so happy for me.”

Jansen went on to say that this win was a philosophical awakening. “This is a humbling experience; I want to be sure to use this money responsibly. I want to use this blessing to make the world a better place.”

“I was a member of the Canadian Military and left because of an injury. It’s important to me to support veterans. I struggled with my injury and I know I’m not alone; there are other veterans out there just like me.”

Jansen also said he plans to continue to travel the world to find new and innovative ways to help the social, religious, and environmental charities he currently works with.

When I play, it’s with the expectation that my ticket money is a donation to Ontario.