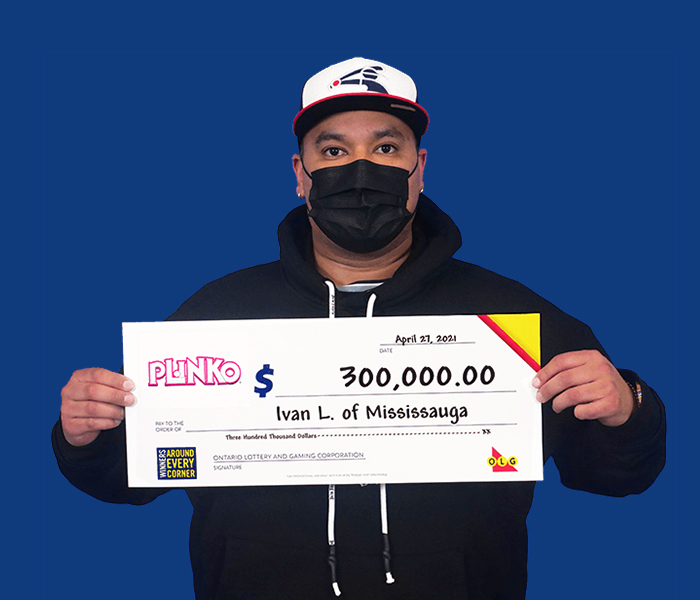 Toronto, ON – Ivan Limon of Mississauga, come on down! Ivan lived out a ‘Price is Right’ dream at the OLG Prize Centre in Toronto, dropping a chip on a real PLINKO Board to win $300,000 with the new $5 INSTANT PLINKO (Game #2215)!

Ivan, 38, said when he saw he won a PLINKO, he at first thought he won a Free Play. “I couldn’t believe what was happening. It still doesn’t feel real,” he shared while at the OLG Prize Centre in Toronto.

The father of three said it’s hard to describe how he’s feeling. “The emotion of waiting and not knowing what you’re going to win was a lot! It’s a great feeling.”

Ivan doesn’t have any immediate plans for his win. “I’ll wait until the pandemic is over and play it by ear.”

The winning ticket was purchased at Circle K on Weston Road in North York.