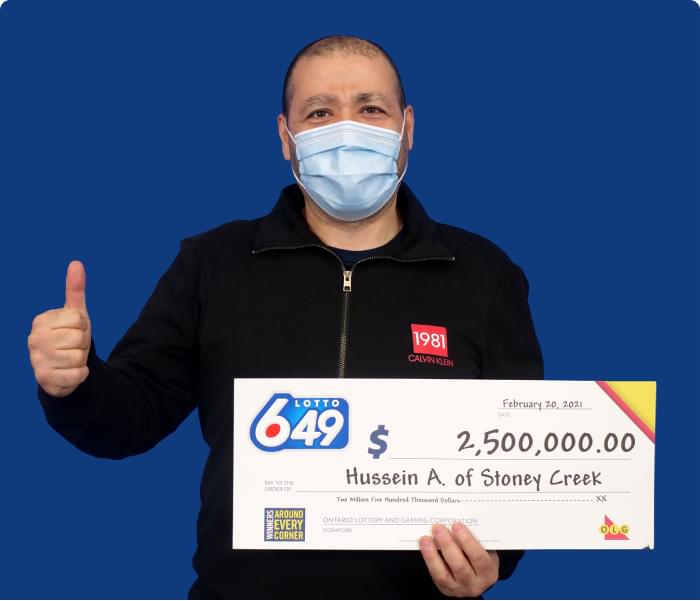 Hussein, a 51-year-old married father, said he likes to play LOTTO 6/49 and LOTTO MAX. “I always choose Quick Picks,” he shared while at the OLG Prize Centre in Toronto to pick up his winnings. “When I checked my ticket at the store – I thought, that’s too many zeros!” he laughed.

Hussein said he told his family about his win, but they didn’t believe him. “They thought I was joking!”

He plans to use his winnings to pay off his mortgage and other bills. “It’s a very good feeling,” he smiled.

The winning ticket was purchased at the Real Canadian Superstore on South Service Road in Grimsby.