"This is my biggest win." 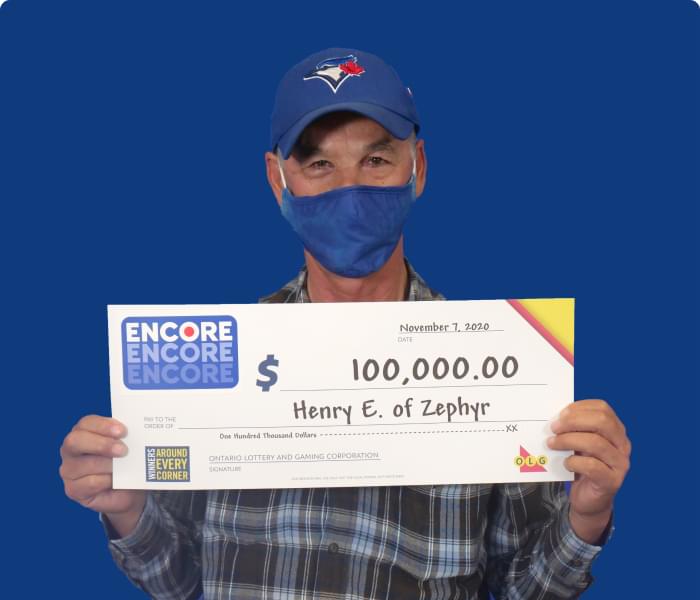 "This is my biggest win," shared Henry, while at the OLG Prize Centre in Toronto to pick up his win. "I always play the same numbers."

The self-employed man was at the store when he discovered his big win. "I was a little nervous but calm. I was with one of my employees at the time."

Henry said he hasn’t thought too much about what he will do with his win yet but will likely save his for retirement.

The winning ticket was purchased at Zephyr Mini Mart & Gas Bar on Durham Road in Zephyr.

This is my biggest win.