"It’s like being in a dream so good you don’t want to wake up." 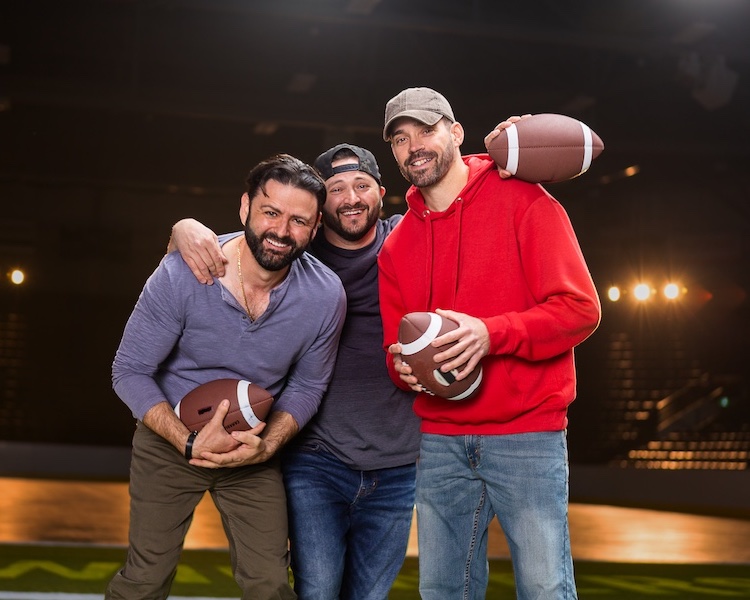 Gerry, Peter, and Marco have been friends since high school. They started playing PRO-LINE POOLS together in 2020. Gerry was the “expert” of the group, having the most experience and some success when it came to playing PRO-LINE. When his childhood friends wanted to learn from him, he suggested they play as a group.

During the NFL season, Gerry coached his group members, educating them on the ways to play, the things to consider when making their picks, and knowing which games to box on their ticket.

The pivotal moment came down to one last game for their POOLS ticket to win. When Kansas City won their game on October 19, 2020, they knew they would be collecting some money from OLG. The guys were speculating on how much they had won, knowing they wouldn’t find out officially until the next morning.

“Tuesday morning, 5:30, I set my alarm,” Gerry laughed. “I went to scan the ticket to be sure and there it was, ‘Big Winner’.” Gerry was right, they had a winning PRO-LINE POOLS ticket; $75,904.90. “I took a screenshot to send over to Peter and Marco to make it official. Wow, we hit it! It feels good. I couldn’t get back to bed after that, I was so excited. I went to work that day, excited and jumping around.”

“I didn’t really know when the results would come,” Peter said. “Gerry had mentioned 5:30 [the next] morning. When I woke up at 5:30 a.m. my eyes were a little blurry when I looked at my phone. My heart was beating so fast. I was overjoyed with excitement. That split second, that was like oh, what a feeling. It’s such a rewarding feeling. After that you’re just so giddy, for like the next 2 or 3 hours before it starts to sink in.”

Marco was convinced their win was going to be a few hundred dollars. “On the Tuesday morning Gerry texted me and I was like ‘Holy Smokes’! I was excited,” Marco added. “I had to go put my contact [lenses] in to make sure it was right. Then I called him, it was awesome, I didn’t think we would win that much. It felt unreal at first, it’s like being in a dream so good you don’t want to wake up.”

Then the next surprise came. The three friends were invited to be featured in a TV commercial for OLG. They knew the commercial was going to be football themed, but they really had no idea what they were in for.

“This was a crazy idea because we never thought we’d do it,” Peter said. “It’s funny how it all turned around. I think the excitement took over. And then we get the call, to do this commercial, we were almost as shocked and excited about this as we were when we won.”

To keep the reactions authentic, the production team provided very few details. “All they said was be prepared to catch footballs. It was a whirlwind of excitement when we got here,” Peter said. They were all bewildered as they walked on to the set. “We were looking at each other like, ‘is this really happening?’” Peter continued.

“You guys had it done perfectly,” Marco went on to describe the unforgettable feeling of the cooler dump. “This whole experience was wonderful, I felt like I was a winner. A wet winner,” he laughed. “It felt like winning a million bucks even though it wasn’t because we had the opportunity to do this.”

Peter acknowledged this was another bonding moment to be sharing with his life-long friends, “This is an experience we were going to have together, and that’s super awesome. The bond is greater because of this experience. If I was by myself it wouldn’t be as much fun,” Peter added. It’s a lasting memory. It’ll be fun to look back on together.”

Gerry put it perfectly, “It was priceless, one of those moments you won’t forget. “It was shocking, it hits you hard, but it was exciting.”

It was priceless, one of those moments you won’t forget. It was shocking, it hits you hard, but it was exciting.