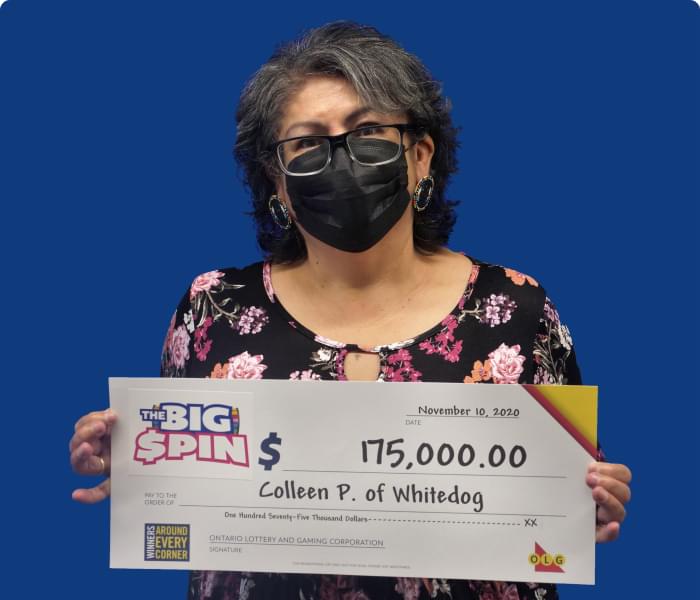 Toronto, ON – Congratulations to Colleen Paishk of Whitedog for winning $175,000 with THE BIG SPIN INSTANT game (Game #3104).

Colleen, a 55-year-old kindergarten teacher, said she decided to treat herself to some INSTANT tickets when she went into town one day. “I forgot about them for a few days, until I was bored one night and remembered I had some to scratch,” she shared while at the OLG Prize Centre in Toronto to pick up her winnings.

“I wasn’t sure of what I won until I stopped at the store one day after bingo to check my ticket,” admitted the grandmother of three. “When the spin stopped on BIG SPIN it didn’t sink in right away. When I came to the Prize Centre, it all hit me – I almost collapsed when I saw the wheel! I couldn’t believe I was here.”

Colleen said she plans on purchasing a new vehicle for herself and her daughter, and a boat for her brother. “I also want to get some nice Christmas lights,” she smiled.

“I’m very happy – it’s still unreal that it’s really mine. Funny how tears can be happy,” she concluded.