"I couldn't believe it. I thought there were too many zeroes, so I had to double check at the store." 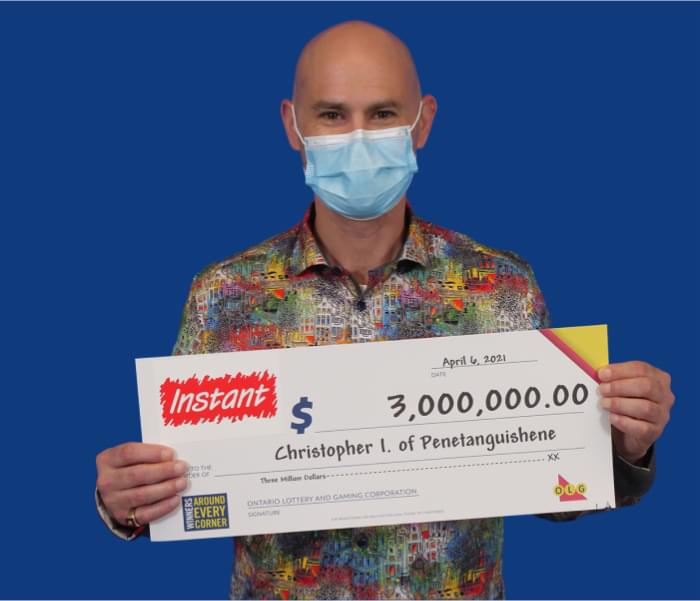 TORONTO, ON – Christopher (Chris) Irvine of Penetanguishene is $3 million richer after winning a top prize with INSTANT TRIPLE MILLIONS (Game #2055).

Chris, a long-term care worker, says this is his first big win. "INSTANT games are my favourite," he shared.

Chris told his girlfriend and coworkers about his big win. "My girlfriend said, 'Don't lie!' and freaked out when she realized it was real," he laughed. "I'm a big joker so everyone at work thought it was a joke too!"

Chris plans to use his win to help family, invest and purchase some televisions for the long-term care residence he works at.

The winning ticket was purchased at Daisy Mart on Main Street in Penetanguishene.

I couldn't believe it. I thought there were too many zeroes, so I had to double check at the store.