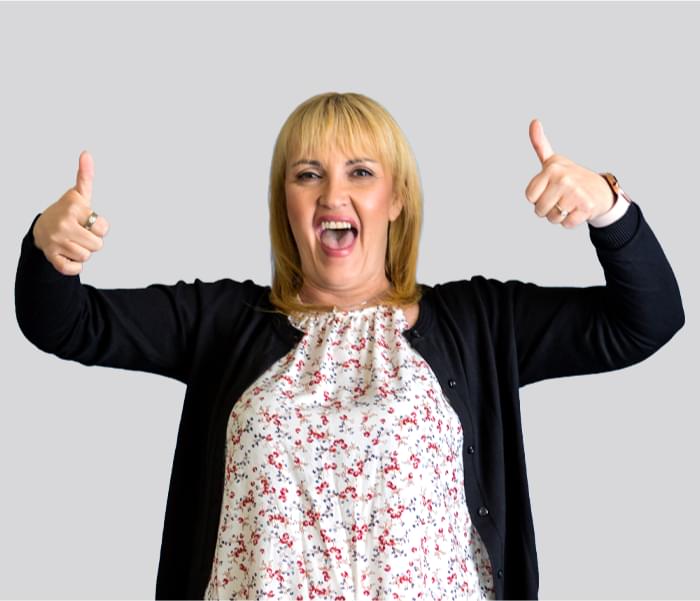 BINGO! In early 2020 Christine from Windsor won $250,000 with INSTANT BINGO MULTIPLIER. The 47-year old mother of two was at home watching a hockey game when she discovered her win. “I usually sit at home and relax in the living room with a few INSTANT tickets and watch the Leafs game,” Christine said. “It’s funny, my boyfriend had just said to me ‘I don’t know why you buy those things’ and I said to him, why, someone has to win. Why can’t it be me? I kept scratching my BINGO ticket with one eye on the game. I didn’t realize I had won, I thought it was a losing ticket. I double checked it using the OLG Lottery App anyway,” she recalled, while at the OLG Prize Centre in Toronto to pick up her cheque. “When I realized it was a winner, I was so excited I started cheering and jumping up and down. I didn’t sleep well that night, I was so excited.”

Christine, the owner of a contracting business, was building a new home for herself at the time of her win. “With this win we were able to speed up the whole process and furnish our new home the way I really wanted to,” she smiled. “I feel my win rushing back to me when I’m in my dream kitchen. I was also able to move my mom back home. She lives next door to me and it’s wonderful to have my family close. I still pinch myself. It feels incredible. I feel blessed.”

OLG caught up with Christine on set while filming a commercial for OLG about her win. “I won in February of last year and not long after, the whole world shut down because of the pandemic. Just when I thought I wasn’t going to ever have fun again; I got a call from OLG to see if I was interested in shooting a commercial in a monster truck and I said absolutely! I never thought that driving around in my own truck would be training me for this moment in a monster truck.”

“I’ve never ridden in a monster truck – it was crazy, fun, and exciting – in some ways – that’s what it felt like when I won. When I got up into that truck my adrenalin was pumping. It was crazy. When we started doing donuts, it was exhilarating. It was very loud! I felt the vibrations running through my whole body. I felt like I was on top of the world in that truck. Bigger and badder than anybody else around. The people on the crew have been amazing and a lot of fun to work with. It was absolutely a great time, and I would do it again in a minute."

When asked how she felt about this experience Christine said, “It feels like this is all a dream. It’s been a whirlwind. I have no idea how I got here. I’m riding the wave, and I like it. I went from buying an INSTANT BINGO ticket to sitting in a monster truck filming a TV commercial for OLG, this is a once in a lifetime feeling I’ll never forget. I’m so grateful.”

Winning with OLG, brings out all the feels!

I was so excited I started cheering and jumping up and down.