"I couldn't believe I won." 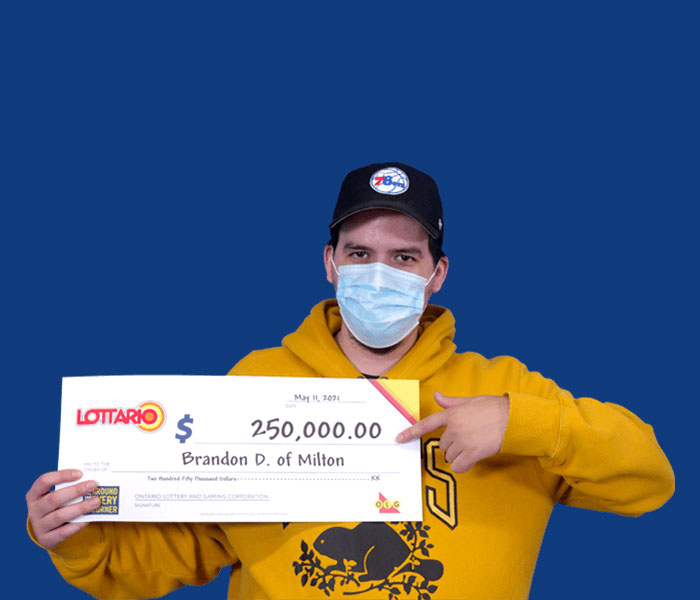 "This is my first big win," said the 33-year-old welder, while at the OLG Prize Centre in Toronto to collect his winnings.

Brandon says he brought some tickets to the store to check them about 15 minutes before the draw. That’s when he won a Free Play which ultimately won him the $250,000 jackpot. "I couldn't believe I won," he said.

Brandon told his family and girlfriend about his big win right away. He plans to put his win towards education.

"This is so cool," Brandon smiled.

The winning ticket was purchased at Circle K on Martin Street in Milton.

I couldn't believe I won.