"I saw $1 million, and I forgot about the coffee I was about to buy!" 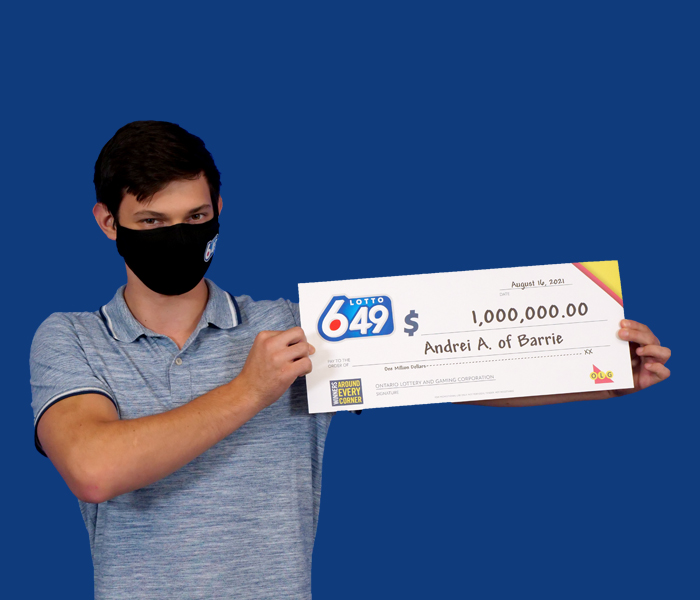 "I play the lottery a few times a week," Andrei shared while at the OLG Prize Centre in Toronto to pick up his cheque. "I purchased this ticket randomly with my groceries."

Andrei, 21, says he checked his ticket using the OLG Lottery App when he discovered he won $1 million. "I saw $1 million, and I forgot about the coffee I was about to buy!"

Andrei told his girlfriend about his big win first. "She didn’t believe me" he laughed. "I haven't told my parents yet – I want to do it in a beautiful way."

He plans to give half his winnings to his parents, get an apartment with his girlfriend, buy his sister a laptop and start a business.

The winning ticket was purchased at Shoppers Drug Mart on Steeles Avenue in Toronto.

I saw $1 million, and I forgot about the coffee I was about to buy!